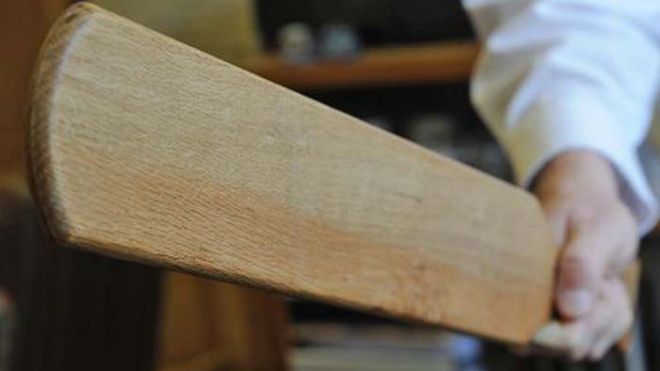 And, of course, the PE classes and the embarrassment of gym shower and locker room in the afternoon waiting. All I could think of that day was the strategy of how to cover my welts from class mates!

Author: Dan [ Edit View ]. I would definitely have been back in the hot seat at the end of the day. I find it interesting since I have wondered both if my parents would have given the same discipline to a daughter and how my discipline might have been different if I had a sister.

I am new here and I could probably figure this out by going back through posts, but what kind of school did you go to that you had dress clothes?

It reminds me of my time in Catholic school but I am sure there area other possibilities. Author: Johan to Dan [ Edit View ].

My parents had a policy of one punishment only, that was the norm in our house and as a result the severity of my punishments were not always related to my misdeeds: If i got a detention at school, I usually was not spanked at home.

The other side of the coin was that sometimes a note sent home from something pretty minor caused me a bare bottom belting.

However, this time I was honestly scared that this time I would be getting a well deserved reminder. The whipping I got that morning before school was pretty severe.

It left welts and small U and J shape bruises where the edge of the belt landed. Skipping sports class that afternoon would have meant another note send home, and since my parents were still angry, definitely a new spanking.

I remember that year I had attitude problems with my parents and I got spanked pretty often. Our family moved often due dad's work, and our schools changed.

I have few years age gap with my sisters and therefor we did not go to the same school. I did my 7th grade in a parochial school - there was no school uniform but a dress code.

On Fridays we could wear jeans but other school days it was smart trousers shirt and a tie for boys which my mom loved: , and of course I had the same outfit to church and to Sunday school.

For a spanking my pants would go down or off anyway, didn't matter if I had thicker jeans or thinner slacks on that day. I guess it was good your family had the one punishment rule.

Although I got some pretty severe spankings on occasion, most of mine don't seem like they were as rough as yours.

My parents however felt the spanking was done when they had gotten their message through and didn't really think of them as multiple punishments but rather just a continuation of the first one.

Thanks for sharing your experiences. It is interesting to see the differences between my upbringing and those of others. I utilized the same method with my son.

This meant I didn't feel I needed to really take it to him just to make sure he learned his lesson. I don't really question parent's methods much these days unless it gets unquestionably abusive.

I was answering several at the same time and screwed up. They were both "J" names : I was surprised when I looked up its origin to find it was Hebrew.

I wouldn't have guessed that. Author: Gina [ Edit View ]. Besides having to sit in class with a sore rear, it was also knowing that when I got home I was in for a second spanking.

When sis or I got spanked before school, it was mostly over our underpants because mom did not have the time to give us what she called a "proper spanking" which meant bare bottom and corner time.

Author: Cassandra [ Edit View ]. I got mad at my mom and threw some food on a floor in anger. I regretted it pretty much immediately.

It wasn't but a minute later I was over my mom's lap, pants down, getting my butt lit on fire. Sitting on those hard school chairs that morning wasn't easy.

I think a few people knew what was going on and why I was squirming. Author: Jimi [ Edit View ]. I did not clean up my room and when told to do so I ignored her and proceeded to turn o.

The TV. She quickly got her paddle and had me bent over the chair I had been sitting in and paddled my bottom red.

I was crying a river. The bus was soon to arrive so she sent me out crying and throbbing. Everyone could tell and I behaved in school not wanting my blistered bottom to be paddled again.

I was so embarrassed on the bus. This was mostly between 4th and 9th grade for me. More than once it was me.

Again, I wasn't usually that embarrassed since I knew almost all of the kids got the same. I just made sure I wasn't in tears. Usually by then I wasn't, but kids still always knew.

There were a few snots who would poke fun but nobody liked them anyway and so you usually just tried to ignore them.

Sometimes you kicked their ass, but that usually got you spanked so I picked my fights carefully. At least as well as kid does.

I kind of remember telling my parents that once and them saying those kids have bad parents. I should be glad that I have good parents.

They told me those kids would end up in jail some day. As a kid I hoped they would. Maybe they did, no clue. Really bad, but I still hope they got what they deserved at some point.

Author: Em [ Edit View ]. I got a few full blown before-school spankings in my time bare bottom with the kitchen spoon or Mom's hairbrush , usually for being sassy.

Those left me miserable and distracted for the first part of the school day and for this reason I tended to avoid that type of punishment with my own children.

The delayed "You're getting a spanking after school" also had the same unfortunate effect. Better to just immediately revoke a privilege or something rather than spank before school.

Still, if the child is just really bad sometimes they have to learn the hard way and go off to school with a spanked bottom. Author: Quinn [ Edit View ].

This happened during the early 90s Pogs craze. I was probably 9 or 10 at the time. My friend and I were both very into Pogs and had both built quite a collection.

Now, the way my school worked is that students weren't allowed in the hallways or classrooms until the first bell rang 10 minutes before the start the first class, so students who arrived before that had to either wait outside on the playground or in the cafeteria until we were allowed to go inside.

On this morning my friend and I were waiting in the cafeteria and decided to kill time by comparing the Pogs we'd brought to school that day.

One of us, I don't remember who, had just acquired a new and rare Pog that we both really wanted. After trying to work out a trade for that Pog eventually I proposed that we play a game and the winner got the Pog.

We both risked some valuable Pogs on the game and then we played and I won! He started crying and shouting and caught the attention of one of the teachers who was monitoring the cafeteria.